HAI has launched its preliminary appeal on Cyclone Fani which has devastated 11 coastal districts of Odisha, India.

The Extremely Severe Cyclonic Storm ‘FANI’ made landfall on the Odisha Coast south of Puri on 3 May, 2019 and the eye of the system was completely moved into land by 1000 hrs at the wind speed of 175-185, gusting up to 205 kmph. Efforts made/ Resources mobilized by State Government of Odisha along with NGOs and other agencies have successfully evacuated more than One million people to safer places in a record time to save their life. However, the strong wind of more than 200 km /hr has caused extensive damage to the infrastructure and people’s assets, such as water supply, electricity and the weak houses of the poor rural and urban communities.

The lifeline of the state including the state capital is still under darkness with electricity, Internet and communication line cut off completely.

The extremely severe cyclone FANI hit the coast of Odisha on 3rd May and had a landfall in Puri district. At the time of landfall the wind speed was around 200- 240 Kmph. The landfall of the cyclone got diverted towards Khurda district including the state capital Bhubaneswar and continued for four and half hours. As of 4.30 PM on 4 May 2019, total life loss of 7 districts is 13. At the same time, 11 districts of the state are highly affected due to the extremely severe cyclonic storm.

HAI is responding to the disaster through its local member Centre for Youth and Social Development (CYSD).

Meera is a Hindu refugee from Pakistan living in Majnu ka Tila camp. She met with an accident in 2010, broke her leg, and could never recover fully due to lack of money. Please read her full story here.

She is in need of a sewing machine and also support for her treatment. Please click here to make a contributions in her support.

Sundari is a 4-year old Hindu refugee girl from Pakistan living in Majnu ka Tila camp, Delhi. She is paralysed almost since the birth, unable to eat anything but baby food. Read her full story here.

Please click here to make a contribution in support of Sundari.

HAI is one of the conveners of Alliance for Empowering Partnerships (A4EP) – a global network on humanitarian advocacy. A4EP has issued it statement on Cyclone Idai to remind the international actors about the localisation commitments they have made. The statement asks for the following: 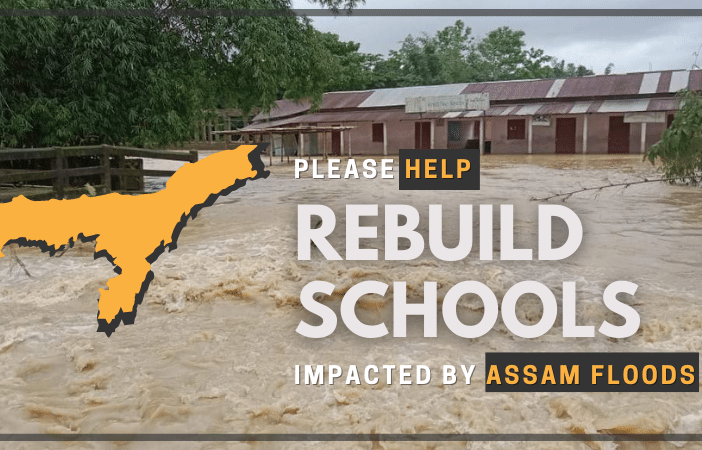 South Assam has been affected by a devastating and unprecedented flood. The enormity and the … END_OF_DOCUMENT_TOKEN_TO_BE_REPLACED