The extremely severe cyclone FANI hit the coast of Odisha on 3rd May and had a landfall in Puri district. At the time of landfall the wind speed was around 200- 240 Kmph. The landfall of the cyclone got diverted towards Khurda district including the state capital Bhubaneswar and continued for four and half hours. As of 4.30 PM on 4 May 2019, total life loss of 7 districts is 13. At the same time, 11 districts of the state are highly affected due to the extremely severe cyclonic storm.

HAI is responding to the disaster through its local member Centre for Youth and Social Development (CYSD).

HAI is one of the conveners of Alliance for Empowering Partnerships (A4EP) – a global network on humanitarian advocacy. A4EP has issued it statement on Cyclone Idai to remind the international actors about the localisation commitments they have made. The statement asks for the following:

Kunwar Ram is an eight-year-old boy from Tando Allayhar in Pakistan who was born completely blind.
Kunwar was born to Hindu parents, Raja Ram and Radhe, who were forced to flee Pakistan in 2014 due to
religious persecution. After arriving in India, Kunwar was taken to Dr. Shroff’s Charity Eye Hospital where
he was diagnosed with anophthalmia, a birth defect where a baby is born without both eyes and ocular
structures.

Kunwar is part of a family of six; his mother is currently expecting her sixth child. His parents had earlier
given up one of his sisters, Rajnandani, to their relatives for adoption. There is only one earning member in
the family, his father Raja, who works as a mobile cover vendor earning an average monthly income of Rs.
4,000 while his mother is a homemaker. The family’s expenses average Rs. 7,000 to Rs. 8,000 per month.
All of Kunwar’s siblings are enrolled in the local government school.
Unlike his siblings, Kunwar received neither formal education nor special education at any point in his life
but can communicate verbally in Hindi. In 2016, an organization approached his family to have him enrolled
in a boarding school for children with special needs. Since Kunwar would have to live away from his family
at such a young age, his parents refused citing concerns for his safety and well-being.
His parents also tried enrolling him in a local government school. The school required his mother to attend
classes with him and explain to him all that was being taught. As this was neither a feasible option for
Kunwar who requires special education nor his mother who has other young children to look after, he could
not be enrolled.

Although Kunwar has been completely blind since birth, he uses his remaining senses to their utmost ability
and is particularly fond of singing. He generally lives in isolation from people outside his family and is
dependent on his parents for all of his needs. His parents are hopeful for Kunwar’s future and have requested
assistance to enrol him in special education classes for the blind. Click here to read more about him.

Agenda for Humanity, consisting five core commitments and 25 transformational changes, is one of the key outcomes of the World Humanitarian Summit held in May 2016 in Istanbul. HAI also submitted its voluntary commitments against the transformational changes, and keeps reporting on the progresses on the annual basis. The third annual report has now been published on the Agenda for Humanity website. The detailed report can be read here:

Alliance for Empowering Partnership (A4EP) is a global network of CSOs to undertake humanitarian advocacy, particularly around the localisation process. HAI is one of the founding members of A4EP. The network is releasing its Position Paper on the Grand Bargain (GB) process. The achievements on the GB commitments have been sporadic and inadequate. This paper intends to challenge the stakeholders for improved delivery on the commitments. The paper can be read here.

The paper has also been published by Relief Web, which could be accessed here. 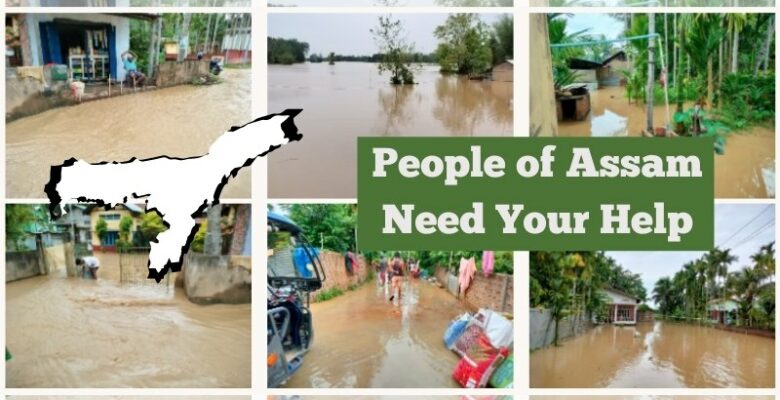 Floods are an almost annual phenomenon in the state of Assam. This year, incessant pre-monsoon rains … END_OF_DOCUMENT_TOKEN_TO_BE_REPLACED